Who is John Lewis?

John Lewis was a civil rights activist and Congressman, who became famous after leading Selma Marches in 1965. The son of Alabama sharecroppers, John Lewis grew up in the segregated South while racist Jim Crow Laws flourished, which inspired him to become involved in the civil rights movement.

Lewis led a nonviolent march from Selma to Montgomery, Alabama, demonstrating in favor of voting rights. The peaceful protesters were attacked by 150 police and their anti-voting-rights posse, leading the event to be known as “Bloody Sunday.” This Selma March a considered a landmark event of the American civil rights movement, as it highlighted racial injustice and lead to the swift passing of the Voting Rights Act, which prohibited racial discrimination in voting.

John Lewis is famous for his notion of “good trouble,” of not being afraid to stand up and speak out against injustice. John Lewis passed away in July 2020 from pancreatic cancer, but his legacy lives on and continues to inspire social justice and racial justice activists, like the Black Lives Matter movement.

We hope this gallery of street art and murals dedicated to the memory of John Lewis helps spread a message of positive change. 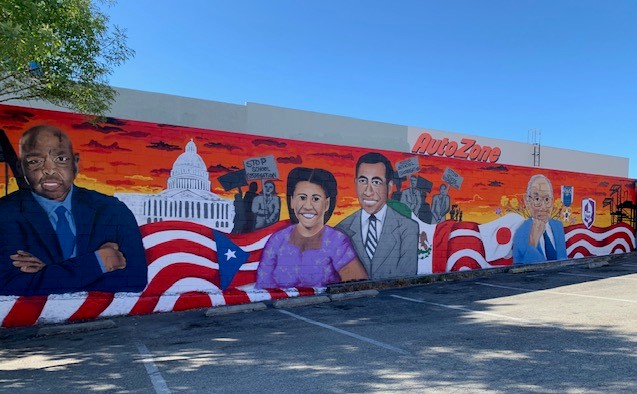 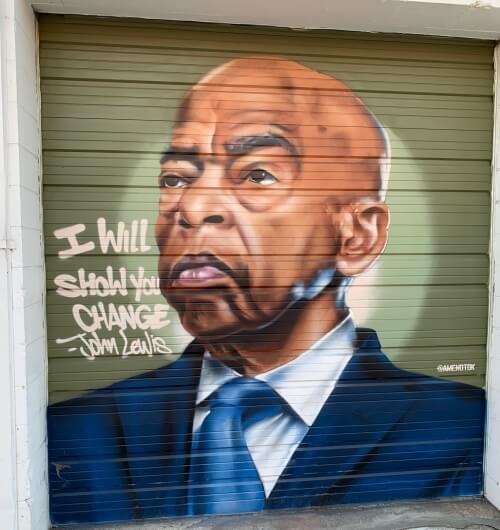 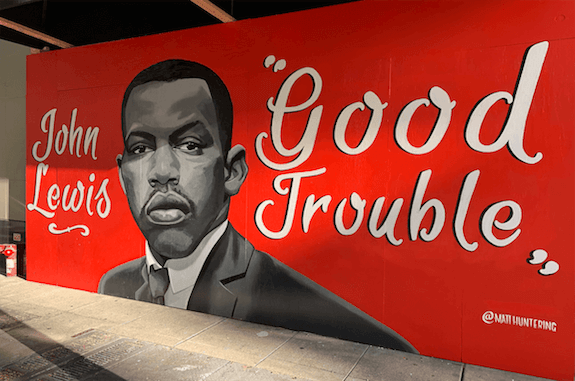