Who is Sandra Bland?

Sandra Bland was a politically active 28-year-old Black woman who, in 2015, after being pulled over for a minor traffic violation, was physically assaulted and arrested by officer Brian Encinia. Three days later, Ms. Bland was found dead in her jail cell. Her death was ruled a suicide, which led to protests against the reported cause of her death, in addition to the terms of her arrest and the racial violence she suffered at the hands of police.

Ms. Bland’s family filed a wrongful death lawsuit against the county jail and police department after her death, ultimately settling for $1.9 million and police procedural changes. Sandra Bland’s name and story continue to be told by the Black Lives Matter movement and memorialized in social justice murals across the world.

We hope this gallery of street art and murals dedicated to the memory of Sandra Bland helps spread a message of positive change. 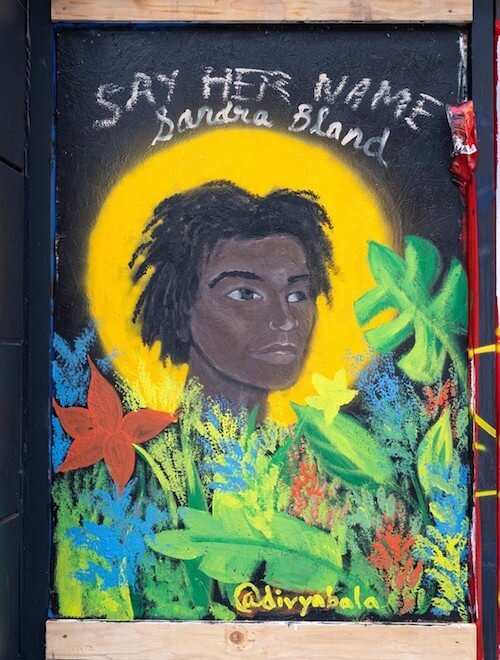