Who is Trayvon Martin?

Trayvon Martin was a 17-year-old black teen killed by George Zimmerman on February 26, 2012, in Sanford, Florida. He and his father were in Sanford visiting his father's fiancée. On the evening of the 26th, Trayvon was walking back to the fiancée's home from a nearby convenience store when Zimmerman reported him to the police as suspicious. Shortly thereafter, Zimmerman fatally shot Martin in the chest. Following Trayvon Martin's death, rallies, marches and protests were held across the nation. Today, he's still remembered and memorialized in public art and street murals. We hope this gallery of street art and murals dedicated to Trayvon Martin helps spread a message of positive change. 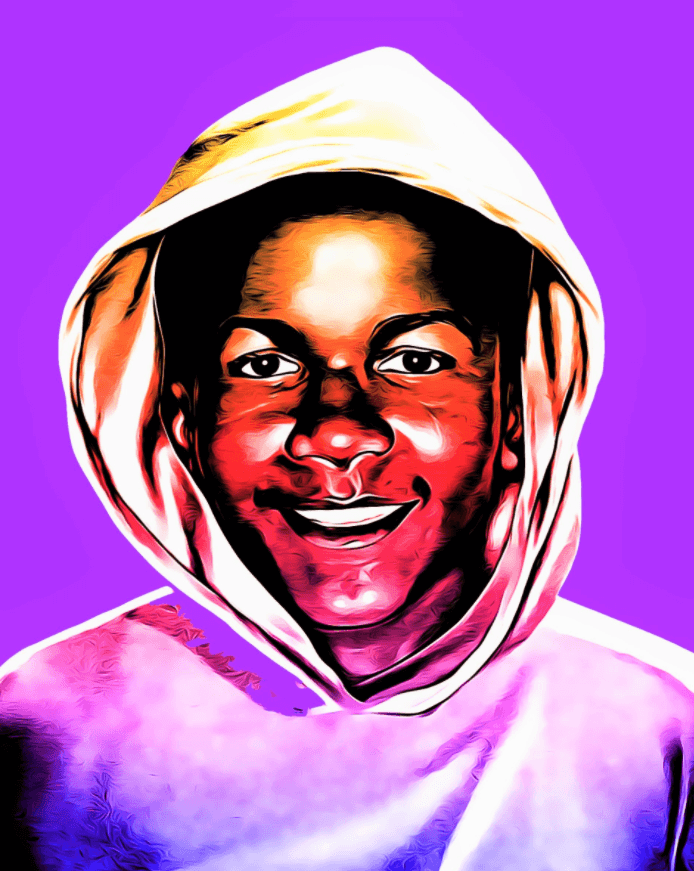